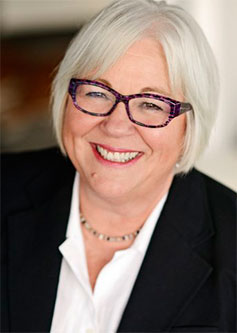 Marcia Morine is a professional designer based in the Twin Cities. She’s distinguished herself in the industry with forward-thinking and innovative interior design solutions that emphasize both style and usability – elements critical for improving a person’s quality of life in the interior environment.

Marcia’s professional career began after she earned her Bachelor of Science Degree in Interior Design from the University of Minnesota, followed up with further graduate studies in Design Theory. As a young design professional, Marcia sought and received certification through the National Council for Interior Design Qualification, distinguishing herself as an expert in balancing design elements with building systems and human personalities. Since then, she’s served in leadership positions on the local and national chapters of the American Society of Interior Designers’ board of directors.

In 2013, the Minnesota Chapter of the American Society of Interior Designers recognized Marcia’s career in design when she received the organization’s Designer of Distinction Award – a bestowal that recognized her excellence in design, along with her commitment to the betterment of the industry as a whole.